WARNING: Only continue if you’ve watched Spider-Man: Far from Home and Avengers: Endgame as this post contains major spoilers for both. Although, if you haven’t watched the latter, you must be living in a cave.

Spidey is back! Tom Holland reprises his role in his second solo movie as Peter Parker/Spider-Man, only this time without his mentor, Tony Stark. The movie picks up from the aftermath of Avengers: Endgame and what happens to known as “The Blip”. A lot happens to Peter Parker from the moment the Marvel title play to the time the credits roll; and even during them! There happen to be 2 post-credit scenes in the movie, both leaving us on the edge of our seats. We’re sure you’re wondering what happens to Peter Parker now that the world has found out? Or what’s next for Spider-Man? We’ve broken it down for you, so let’s dive in!

Spider-Man vs Mysterio; the ultimate faceoff! The climax of the film takes place on the famed Tower Bridge in London where Mysterio is remotely controlling the Stark Industry satellite drones to conjure up yet another holographic attack – a massive composite of Elementals from earlier in the film. His master plan is to make the world think that he’s defeated the creature and protected the Earth from an Avengers level threat, that’ll make him the new protector of the Earth – replacing Avengers. Enter Spider-Man, parachuting from Happy Hogan’ Stark Industries jet launching himself inside the hologram and taking out a chunk of the drones generating the illusion. After a gruesome battle with the drones and illusions, Peter finally faces Mysterio that is hiding behind an illusion. Now here’s the WOW moment, Peter fights the illusion and Mysterio completely with his eyes shut! Only using his “Peter-Tingle” to essentially look through Mysterio’s illusions and take out the drones that are protecting him. Seeing Spider-Man effortlessly taking out the drones, a frantic Mysterio turns off the safety off the drones and gets caught in the crossfire, just as EDITH warned. He seems to be at Peter’s mercy when Peter regains control of EDITH, who controls the Stark weapons drones. Turns out, Mysterio had one last trick up his sleeve. He creates an illusion of him on the floor while the real one tries to shoot Peter in the head at point-blank range. But his Peter-Tingle kicks in and he avoids being shot. Mysterio dies soon after firm in his belief that people will believe anything.

While Spider-Man is battling with Mysterio, MJ and Peter’s other classmates find Happy whose plan is to get them to safety in the jet which is promptly destroyed by Mysterio so they have to run from his drones on foot, ending up in the Tower of London armoury, the safest place around. MJ grabs a hold of a mace, Happy unsuccessfully tries to pull a Captain America with a shield, and they all confess their deepest secrets including Happy’s confession that he’s in love with Aunt May (more on that later) just before the drones stand down at the last minute, thanks to Peter’s taking control of EDITH again. MJ, still carrying that mace, finds Peter on the bridge, and the two finally kiss. It’s very cute. Adorbs!!!

Back home in New York after the dust has settled, Peter gets Aunt May and Happy to admit that there’s a thing going on between them. But as it turns out, May had just considered it a “summer fling”, whereas Happy is in love with her!

Later, Peter swings through Manhattan on his way to meet MJ. The plan is to take her for a classic Spider-swing around the city across the city, MJ screams the whole time and apparently terrified by the experience.

After Spider-Man saves the day, the credits start to roll and the mid-credits scene cut to Spider-Man and MJ after their Spider-swing landing back in what appears to be Times Square. As Peter gets ready to take off, he’s perched on a lamppost; these Manhattan scenes are very reminiscent of last year’s Spider-Man PS4 game, from the swinging to the Spidey selfie that Peter takes and right on down to the appearance of none other than J. Jonah Jameson, the anti-Spider-Man Editor of the Daily Bugle!

We hear a TV broadcast break into the current program as JJJ shows up on a giant TV screen, from TheDailyBugle.net newsroom. He claims to have very disturbing footage of Mysterio’s last moments as he died protecting the Earth (ugh). The footage plays showing a doctored version of the final battle that shows Spider-Man as the perpetrator of all the attacks. But even worse, Mysterio’s dying attempt to destroy Spider-Man was to record a video message where he reveals Spidey’s true identity to the world. Mirroring the end of Spider-Man: Homecoming when Aunt May said the same thing when she learned the truth about her nephew, Spidey yells “What the f…” as he puts his hands to his head in panic, and the scene cuts to black! 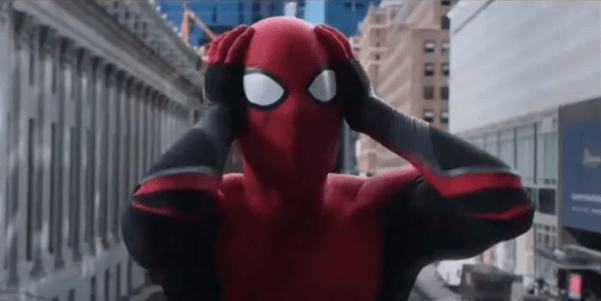 People around the world have the same reaction, “What the f…!” and “What now?”. Guess we’ll have to wait for Marvel’s Phase 4 to find out for sure! What did you think of the ending? Tell us in the comments below! And don’t forget to check out our Spider-Man: Far From Home review and the history of Spidey villain Mysterio.

Can’t wait till Phase 4? Checkout the best Spider-Man comics to find out what happened after Peter lost his secret identity! 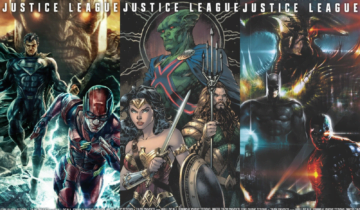 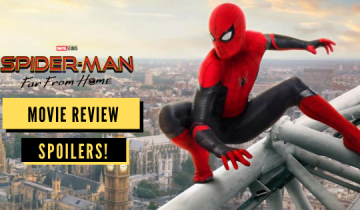